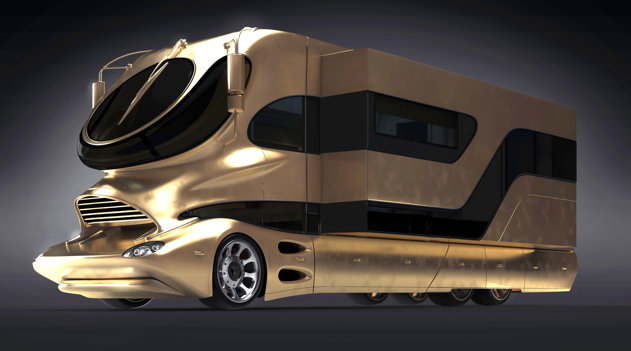 We’ve already discussed the role of a 401k and its place in your retirement. The 401k is not the only type of retirement account out there. For example let’s assume you max out the 401k contribution but are still worried about putting away money for retirement (you want the exclusive RV for when you tour the country, not just the standard RV). On another note let’s assume that that your employer doesn’t offer a 401k matching program. What do you use to grow your nest egg even more?

Thus is the need of the IRA (Individual Retirement Account). It will be useful to keep in mind some of the similarities between the 401k and the traditional IRA as they both serve the same basic function: to provide financial security in retirement.

What is a Traditional IRA?

A traditional IRA is a retirement plan that an individual can set up for him or herself through a financial institution and usually allows for tax deductions.  An individual can set up a traditional IRA with many different types of financial institutions including banks, life insurance companies, mutual funds, or a broker.  The institution that serves as the administrator of the IRA is referred to as the trustee. A trustee is simply a person or firm that holds assets for the benefit of a third party (the third party in this case is you).

What are the Benefits of a Traditional IRA?

So why would I want to forgo the use of some of my earnings instead of putting that money in my pocket? There are a few reasons this would be a wise move:  favorable tax treatment and the ease of rolling over the money in the account.

1.Tax treatment: Like the 401k  the traditional IRA provides a way to decrease your income taxes payable in a given tax year. By contributing to the IRA the federal government is rewarding you for investing in your future retirement.

Limitations of a Traditional IRA Plan?

1. Distribution Limitations: Delayed gratification is a harsh mistress. It may be tempting to dip into the funds you’ve saved in your IRA to fund a trip or do some other fun thing. Unfortunately the IRS would rather you not do this, especially after allowing you a tax break.  The deterrent for this action takes the form of a 10% additional tax if you receive a distribution (withdrawal) before age  591/2.

2. Contribution Limitations: The total contribution you could make to both traditional and Roth IRA plans for 2014 was $5,500 ($6,500 if you are age 50 or older). Said differently this means that assuming you are below the age of 50 the total amount of contributions you could make to any traditional or Roth IRAs in the 2014 year had to be less than s$5,500. For example I could contribute $3,500 to a traditional IRA and $2,000 to a Roth IRA but not $3,500 to both.  This number is  periodically adjusted year to year to account for inflation.

3. Deduction Limitations: I have good news and bad news. The good news is that the amount you can deduct is based on the amount of contribution you make. The bad news is that the allowed deduction may be less than your contribution depending on factors such as whether you are covered by a retirement plan at work, your marital status as of filing, and your adjusted gross income (AGI).

There are a few general observations that can be gleamed from the tables. Notably if you are not covered by a retirement plan at work the amount you can deduct is generally much greater and the greater your AGI, the less of a deduction you are allowed.

4. Later Taxation: As I mentioned earlier, the funds in the traditional IRA enable a tax reduction based on the contribution made in the corresponding year. Unfortunately, when the funds are distributed (withdrawn) they are subject to ordinary income tax.

For a comprehensive example let’s look at Ms. Amy who works at Artemis Inc. Ms. Amy has been contributing the $5,500 per year contribution limit in a traditional IRA account she has set up with a broker.  Assuming that Ms. Amy has been working for 30 years the principal of her traditional IRA alone is worth $165,000 before taxes. That’s not bad, but the neat thing about that number is it’s grossly underestimating the value of the IRA. Why? The money in the IRA has been invested in stocks, bonds, and other assets depending on the risk Ms. Amy took on.  If we assume that she earned a 5% average return over that time period the value of her IRA is not $165,000…it’s around $380,000 before taxes.

The traditional IRA is yet another vehicle to build that nest egg and enjoy a worry free retirement.  Together the 401k and traditional IRA provide great vehicles for putting aside retirement income, but there is a small problem.   What if instead of taking the tax deduction now due to the retirement account, you paid taxes in full now and did not have to pay the taxes later down the road when you withdraw from the account? This interesting concept is behind the “Roth” designation that has been referred to throughout this and the 401k post.  In our next lesson we will introduce the Roth IRA and the differences in operation between it and the traditional IRA.